My name is William Feynman. …I’m quite a bit like Tapper but I was born 89, not 79 like that old fogey… I look like him too, but I haven’t had any bones or joints replaced by machine parts, far less scars and I’ve never seen the inside of an institution unless you count Cleveland Hall; a dormitory made entirely of reinforced steel and concrete at The California Technical University. CTU paid the same Architectural Firm that built Wasco State Penitentiary, Susanvillle State Prison and the Federal prison located just north of San Luis Obispo called The California Men’s Colony. When Tapper lived in Yosemite Hall at The California Polytechnic State University, he cooked and delivered pizzas for the local Dominoes on Foothill Blvd. He delivered pizzas to the CO’s at the CMC a few times a week. This is a minimum-security prison …usually he left the pizzas at the front public-entrance. After he’d been delivering to the Prison for a few months a CO told him that many of the pizzas were ordered by Suge Knight.

Suge was doing time for hanging Vanilla Ice out of a third story window by his ankles…making it clear that he expected a payment-forth-with for composing, mixing and recording “Ice Ice Baby,” and scaring “Ice” so badly he went running to the LAPD . Called “Checking-In,” It is dishonorable, fool-hardly and cowardly to expect the LAPD to look after you. As if being a one-hit wonder wasn’t shameful enough, the hair gel and that whole weird-wigger-trip…now he was a narc and Suge got pinched as result. What he’d been convicted of is a federal crime, so they sent him to one of those white-collar “tennis-clubs” we assume all those Enron jerks were sent to.

I can assure; they ain’t tennis clubs, but Federal Prison, as opposed to State? Yes…they are country clubs (with guard towers and CO’s armed with shotguns and long-rifles, that is).

Some prisoners earn special work privileges, the most coveted being the garage, where inmates fix state and federal vehicles. Crown Vics and busses mostly…if you’re going to be Stuck like Chuck in Uncle Sam’s Hoosgow for a few years, a great way to pass the time is working on cars…money goes on your books for doing this. It is great exercise for the mind and body; as you car-aficionados know.

Suge worked in the garage sometimes; The CO’s and inmates who were pro or apprentice mechanics all knew Tapper. Including Suge. According to Tapper, “Suge was super mellow and cool….he always asked the CO’s to leave me at least a $20 tip.”

The first time they met, Tap handed him two large pepperoni’s w/ lots of plates, napkins and thickly stuffed with crushed red pepper and cheese packets. these can be used later on other foods and have monetary value inside the Pen because prisoners do have access to real $ in physical form. so they barter. The stack of extras he brought to show respect and deference to probably the greatest rap producer of all time; easily on the top 10 list of music producers EVER.

“Your welcome man,” said Tap. “You shoulda just dropped that wigger right on his dumb face.”

Knight let out a thunderous, bellowing laughter and set the pizzas atop the hood of a white Crown Vic to avoid dropping them, buckled over with laughter as he was.

“shit Dawg, you a funny muthf—ka… you all up in that Cal Poly s— huh?” You look like a smart dude.”

“You could say that, I study computer science and music..and obviously [pulling on his shirt]…deliver pizzas too.”

“I’ve been practicing how to slap and toss dough …the CMC always tips good so I cook it up special….I assume it’s for you when the order is for two larges w/ extra pepperoni. I roll it in cornflour, slap it, toss it, lay it down neat, ladle in the sauce, throw the cheese by hand, deal 40 peps to each one, then I put a thin layer of cheese on top of the peps. That’s the way I make for myself, my bro’s and VIP customers like the CMC…you like it that way?”

“I love it man. Much love…Thanks Dawg.”

“Thanks for ‘All Eyes On Me’ That’s the best rap album of all-time PERIOD. No question.”

“…yeah man it was all gravy when ‘Pac was in the mix with me…that old-school-for real..but the rules have all changed,” said Knight, looking down & tugging on his grey-drab and oil-stained jumpsuit. Then looking up; missing his friend most likely.

“No shit,” Tap replied, tugging at his own dungy/stained uniform shirt. “My oldest friend, my closest friend and first boss have all passed on since I to came to SLO…I’m sorry for your loss,” Tap said, referring to Tupac Shakur.

“It’s all bad li’l Peckerwood Pizza-Cook…”
Knight turned to his pizza and began filling his large jowels with three slices he’d stacked atop each other. Knight was clearly savoring the taste. He chewed fast as Tap put out his hand.

Suge extended his in return with an audible gulp, “It’s Saturday Dawg…don’t front ….go out and have one on us…break off a nice piece of a– tonite …for me…Pac too.”

“Loaded and laid. Tonite? I’m all about that, I’ll double-down on your bahalf …all in for 2Pac”

A friendly CO handed Tapper $100 on his way out of the garage and back to “The Civic.” I asked him what he thought during the 1 mile drive back to the shop.

“I was thinking about how NONE of my neighbors, who were all members of The Anti-Semitic Cal Poly Christian Fellowship would not even know who Suge Knight is and that even if I told them; they would not be impressed one bit. They would hate me even more for being a fan of a black man.”

Tapper is spot on, CP’s CPCF’s racism and antisemitism is well known. What is not known is whether they hate Jews or Blacks MORE -they affect as  equal-opportunity haters.

Tapper kept his word to Suge and the memory of Tupac that night by getting blasted, blunted and seriously laid. he poured out a beer that night for his friends Tony and Ray…for his former Employer…and one of the best musicians to ever walk this Earth.

-William Feyman. My email is Bill@Tapper7.com 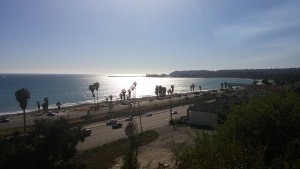